Happy Holidays to all from that Black-haired Beauty (and I), 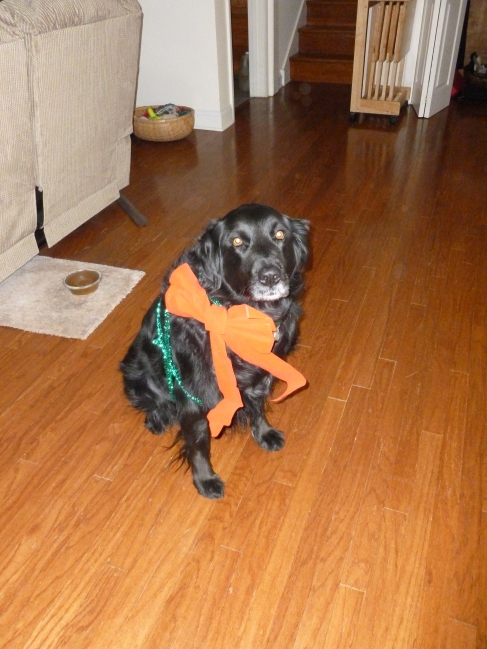 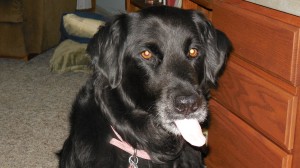 Did you think I was just going to use this pic once? Here are some “Pet Peeves” doggy style:

Thhpppppptht for negativity. I like POSITIVITY. Bring it on!!! Anyone out there want to add to either of the lists below; this is a good time to let it out! That’s what my Pet Peeves section is all about.

Thhpppppptht for YELLING! There are better ways to communicate. Talking works well; especially if people remain calm and in control. I’ve got BIG ears and yelling hurts (Hint: it hurts others, too!).
And yes, a thhpppppptht for TELLING. ASKING is a much better skill and it is less likely to put someone off. [But that also depends on how you ask —- ask kindly.]

And thhpppppptht for people who never get back to you – that’s called RUDE folks; even if the news is bad, people would rather know one way or another. A double thhpppppptht for those who cut off a relationship without a word, “Thhpppppptht, thhpppppptht.”

A thhpppppptht for all the obnoxious people on the road (or anywhere) who think their time is more important than everyone else’s equanimity. KINDNESS is a better choice, always!”

Thhpppppptht for people who take and take and take and don’t seem to ever give much. Unfortunately it seems from their perspective the world is wrapped around them. Maybe if they tried giving out some doggie treats (kindnesses) once in awhile, such would return to them.

A big thhpppppptht to everyone who fails to communicate – and that would be ALL OF US at times. People can’t guess how you feel, what you think, what you want, what you like, what you need unless you let them know. Better communications would solve three-quarters of most difficult situations and almost all your difficulties with others. Worth thinking about. When you own a dog you learn to communicate on a whole different level. Learn to communicate openly and honestly with everyone!

Thhpppppptht for all hypocrites: most specifically all those people who spend (perhaps) one day a week pretending they are humble, religious, a good neighbor, etc., etc., only to spend the rest of their week scamming, cheating, lying, and otherwise taking advantage of their fellow man. “Thhpppppptht, thhpppppptht, thhpppppptht.” When you go to that great doggy heaven in the sky is the first thing you want to see a big black dog sticking her tongue out at you? “Thhpppppptht.” There used to be something called honor in life and in one’s professional life as well. It might behoove some people to find it again.

A special “Thhpppppptht” for, hackers, scammers, and the like. Your gift is that you are intelligent enough to do something great with your talent. Choose to better man and woman-kind, rather than make excuses for why you do what you do. “Thhpppppppppptttttttthhhhhhhhhhtttttttt.”

“Thhpppppptht” for all those people who think it is their duty to get everyone to believe what they believe, to follow what they follow, to only understand the world as they see it. We’re ALL unique – one of the great aspects of humanity are our differences. Relish those, learn from them, embrace them. Your world and its possibilities will expand exponentially if you just make the effort to be open to understanding that which is different from you.

Doggy kisses for those who:

Are kind to me just because.
Give me a hug when I am down and don’t feel well.
Take me for long walks and spend time with me.
Care.
Accept me for who I am.
Know that love is the greatest gift you can give.
Best,
Joe Koob

Filed under Humor, Pet Peeves, That Black-haired Beauty and I